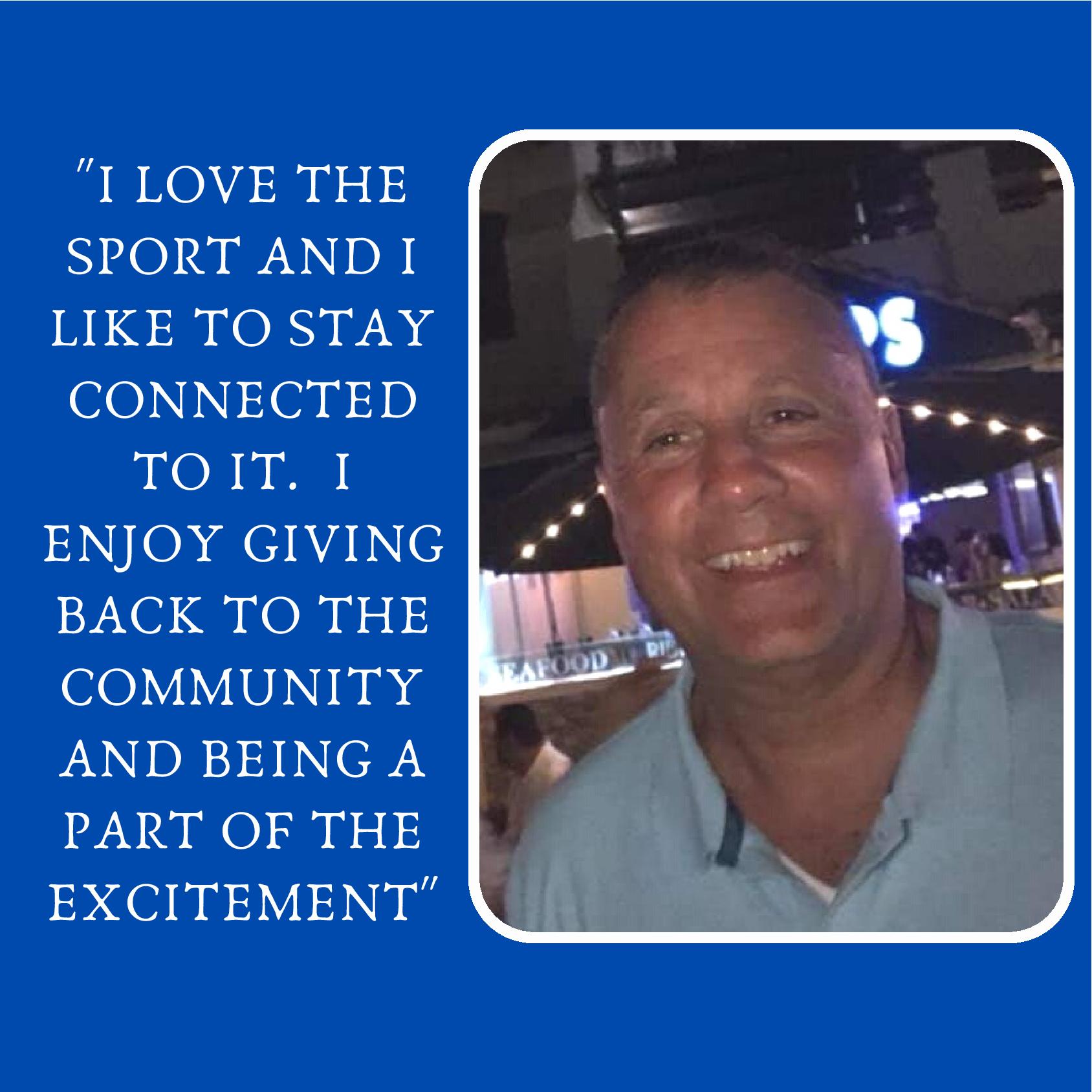 On Saturday mornings, Dean Nemoir can be found roaming the sidelines of elementary school gyms as a site supervisor for the City of Brookfield Parks and Recreation youth basketball league. Dean began working for the Department in 1983 as a youth baseball umpire. It was his first job as a high school student and it led to what has become the ultimate ‘side hustle’, a 38 year part time job overseeing and officiating youth sports.

Dean’s family moved to Brookfield when he was in 4th grade. He attended former Brookfield schools, Fairview North Elementary and Burleigh Middle School. In high school, he managed the Brookfield East basketball team and ran cross country for the Spartans at State his senior

year. He later went on to earn a degree in Education from the University of Wisconsin-Milwaukee. As a youngster he played basketball through the Elmbrook Buckateer Basketball Program which would later change its name to the Elmbrook Youth Basketball Association. That league, led by a private association, was officially transferred over to the City’s Parks and Recreation Department in 2007 and Dean, a former Buckateer player, transferred with it. To say that Dean has seen it all in the program is not hyperbole. He’s literally been a part of the league for decades as both a player and as an employee.

But it was that first job as a Park & Rec. umpire that launched Dean into his sports officiating career and by 1986 he had worked his way up to officiating varsity level sports. He’s been fortunate enough to officiate 4 state basketball tournaments and 4 state baseball tournaments in addition to some small state college level basketball games. Currently his Tuesday and Friday nights are spent refereeing high school basketball games in the local school districts. He enjoys working with the Department at the recreation level and seeing parents and players having fun playing a sport he also loves. “I love the sport and I like to stay connected to it I enjoy giving back to the community and being a part of the excitement.”

Dean retired from the Wauwatosa Public school system 2 years ago. Over the course of his career he held several positions in the district including Teacher, Principal and H.R. Administrator. He enjoys traveling with his wife and spending time with his grandchild. The family is looking forward to welcoming a second grandchild this October. There have been a lot of changes in Brookfield since 1983, from schools to sports leagues, however, Dean Nemoir working for the Parks and Recreation Department is not one of them.