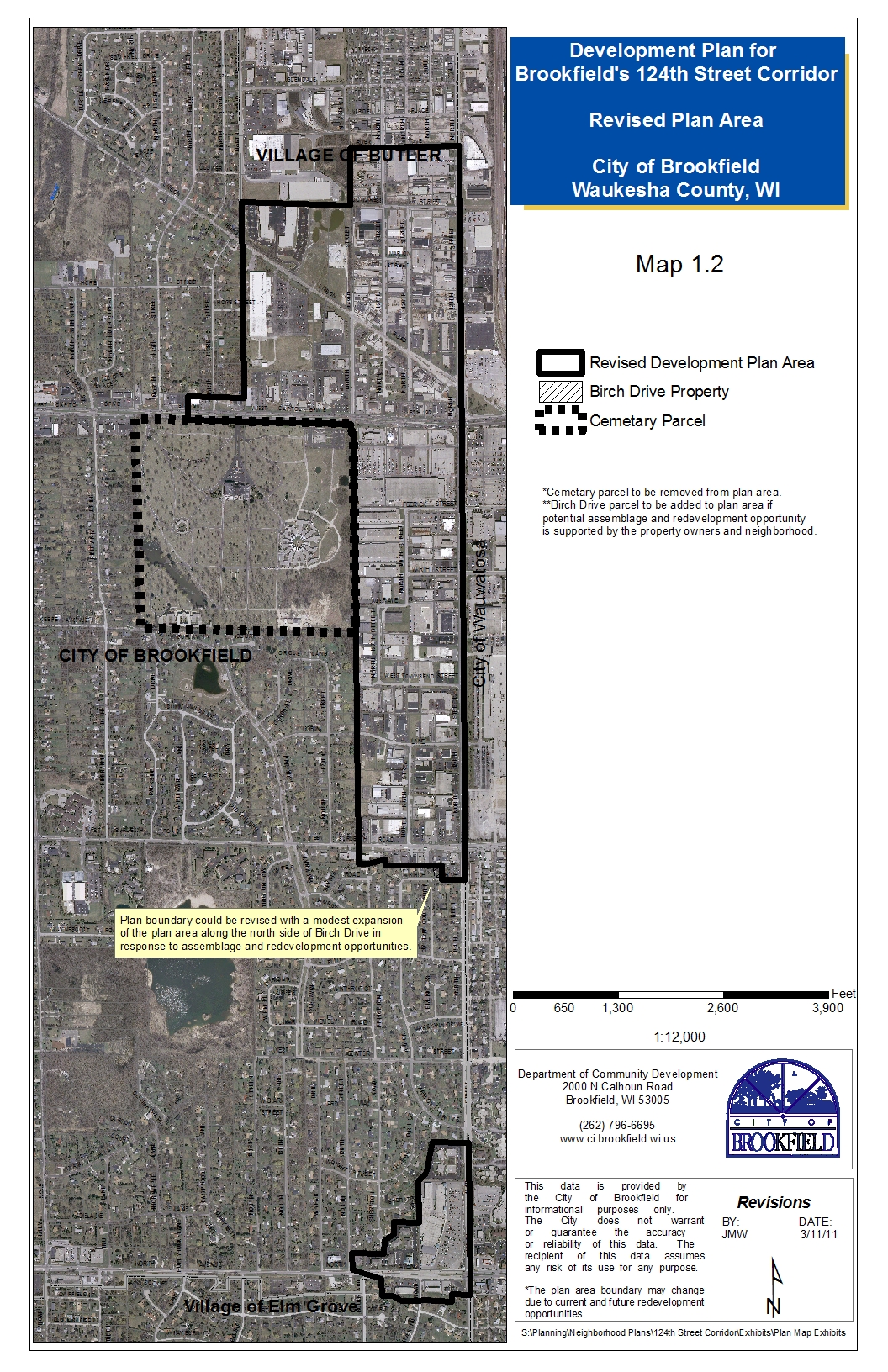 The comprehensive planning process revealed a need to continue and expand focus along the North 124th Street corridor for a number of reasons:

The City has yet to complete a node/neighborhood plan for the Phase 3 planning area of this TIA - the last of the original TIA plans to be completed.

Wauwatosa has an assertive redevelopment vision east of North 124th Street, and coordination between the two cities is timely and desirable to maximize value on both sides of the road.

As a result, the City intends to direct new attention to the North 124th Street corridor between the northern City limits and North Avenue. This initiative ideally would be accomplished through a new intergovernmental planning and implementation effort. Besides the City of Wauwatosa, the Villages of Butler and Elm Grove could be invited to participate at the north and south ends of the corridor.

The first step in the neighborhood planning process was to conduct a market analysis, which was completed and adopted by the Plan Commission on March 8, 2010. The Economic Development Committee was invited to attend the March 8, 2010 Plan Commission meeting to review and/or comment on the report.

A project scope for The Development Plan for Brookfield’s 124th Street Corridor was approved by the Plan Commission on March 8, 2010. This outlines what the plan will include and a timeline.

A status update for The Development Plan for Brookfield's 124th Street Corridor was reviewed by Plan Commission on January 10, 2011. This document describes the preliminary land use strategies that may be applied to the plan area.

An Executive Summary of The Development Plan for Brookfield’s 124th Street Corridor was presented to and approved by the City of Brookfield Plan Commission on May 23, 2011.

Included below are the maps and appendices from the Plan.