Mayor Steve Ponto was elected Mayor of Brookfield on April 6, 2010.  He was re-elected on April 1, 2014; on April 3, 2018; and on April 15, 2022. Prior to serving as Mayor, he served as a City of Brookfield Alderman from 1998 to 2010, including ten years as a committee chairman and two terms as Council President. He also practiced corporate law for 31 years, including more than 10 years with Foley & Lardner, the largest law firm in Wisconsin. Other past positions include being the first Corporate Counsel of Quad/Graphics, Inc., an Associate General Counsel with Prudential Insurance Company of America (mortgage banking operations), and a Senior Counsel with Metavante Corporation.

Born and raised in Wisconsin, Mayor Ponto has lived in Brookfield since June of 1990 with his wife, Mary.  The Pontos have two daughters, Stephanie and Elizabeth, who live in the area.  Elizabeth is married, and she and her husband, Tony, have three daughters, Hazel, Olive and Ivy. 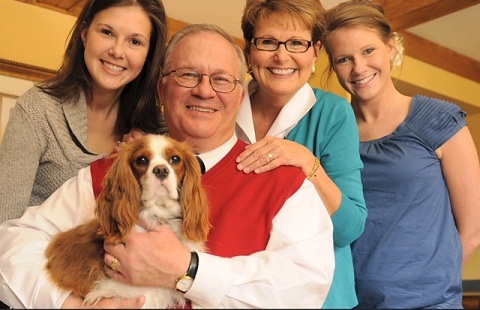