Brookfield Volunteer Fire Department was organized with temporary offices for six months on November 7th, and Franklin Wirth was chosen as Fire Chief and James Plank as Assistant Chief.

On April 10th Brookfield purchased a lot on Pleasant Street from Emmerich Schmidt for $600 for a Fire Station. They awarded the bid to Gordon Weber to build a 30' x 40' three door station for $3,247.37.

On Oct. 15 approval to purchase the first new Fire Truck, a 1948 Chevrolet, equipped with pump and equipment by the Peter Pirsch Company of Kenosha for $7,500 was granted.

The department filed for Articles of Incorporation.

A second fire truck was added to the fleet.

Edward Schweitzer appointed as third Fire Chief for the City of Brookfield.

Ten new employees were hired, went to a three platoon work cycle, and a new aerial ladder truck was put into service.

Six positions were cut from the Department due to City budget problems.

Opened Fire Station 3 at 1000 South Moorland Road with assistance of a Federal grant and $87,000 paid by the City.

One new firefighter was hired in November.

In March Chief Edward Schweitzer retired after 32 years of service to the City of Brookfield, 19 years as Chief, 16 as the full-time Chief.

Lieutenant James H. Mehring, 38 and a 15 year member of the Department, was appointed Fire Chief on May 9.

The Department becomes a part of the Emergency Medical Services delivery system. An ambulance was staffed by Station #3 personnel and they responded to 332 incidents.

Initiated fees for conducting State mandated fire inspections, and the City approved the Life Safety Code which covers all multi-dwelling and commercial buildings. 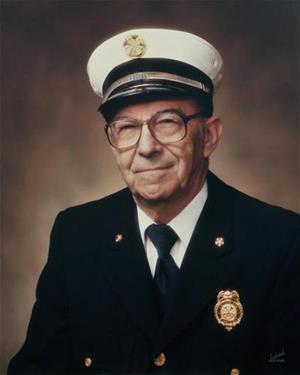 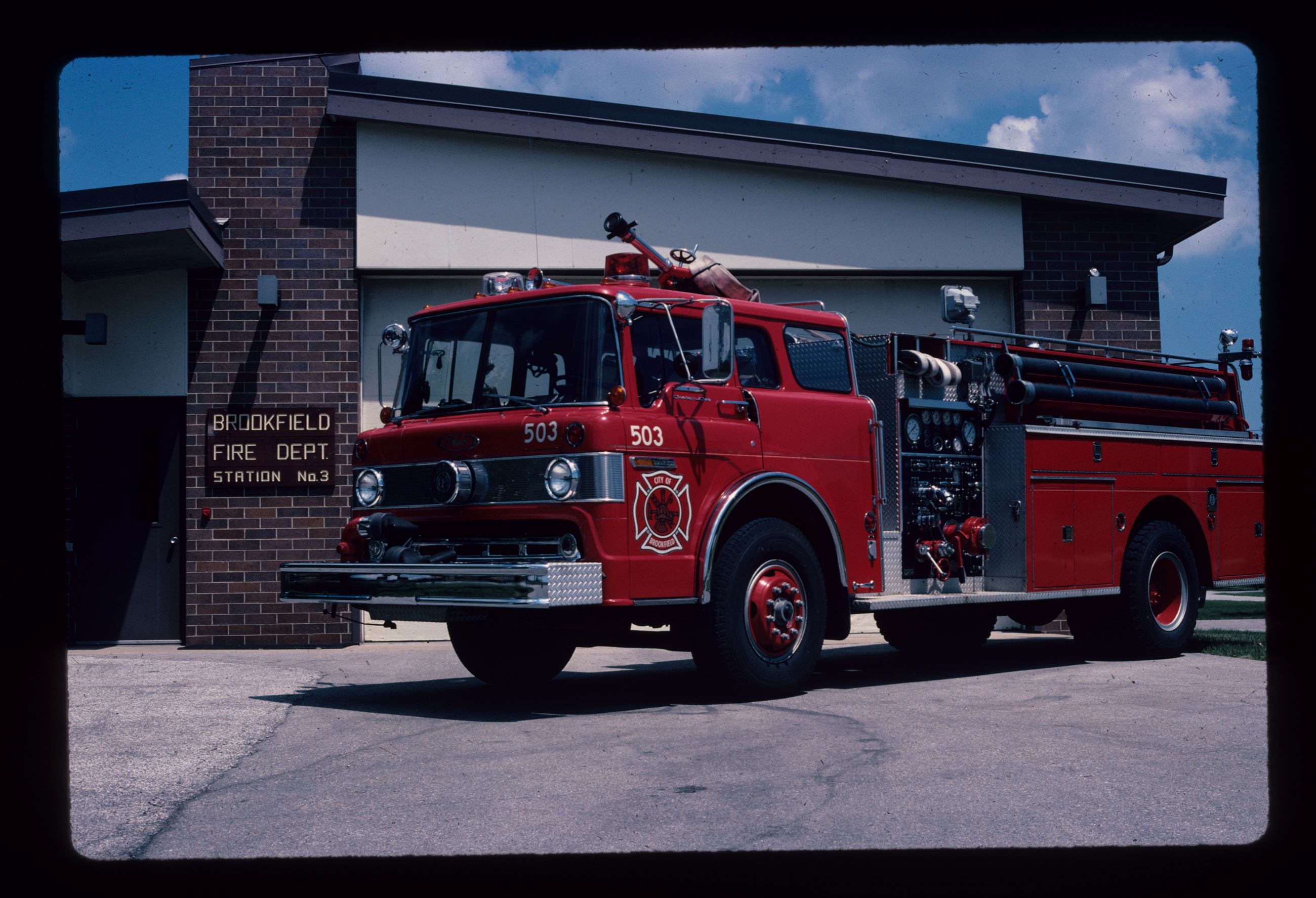 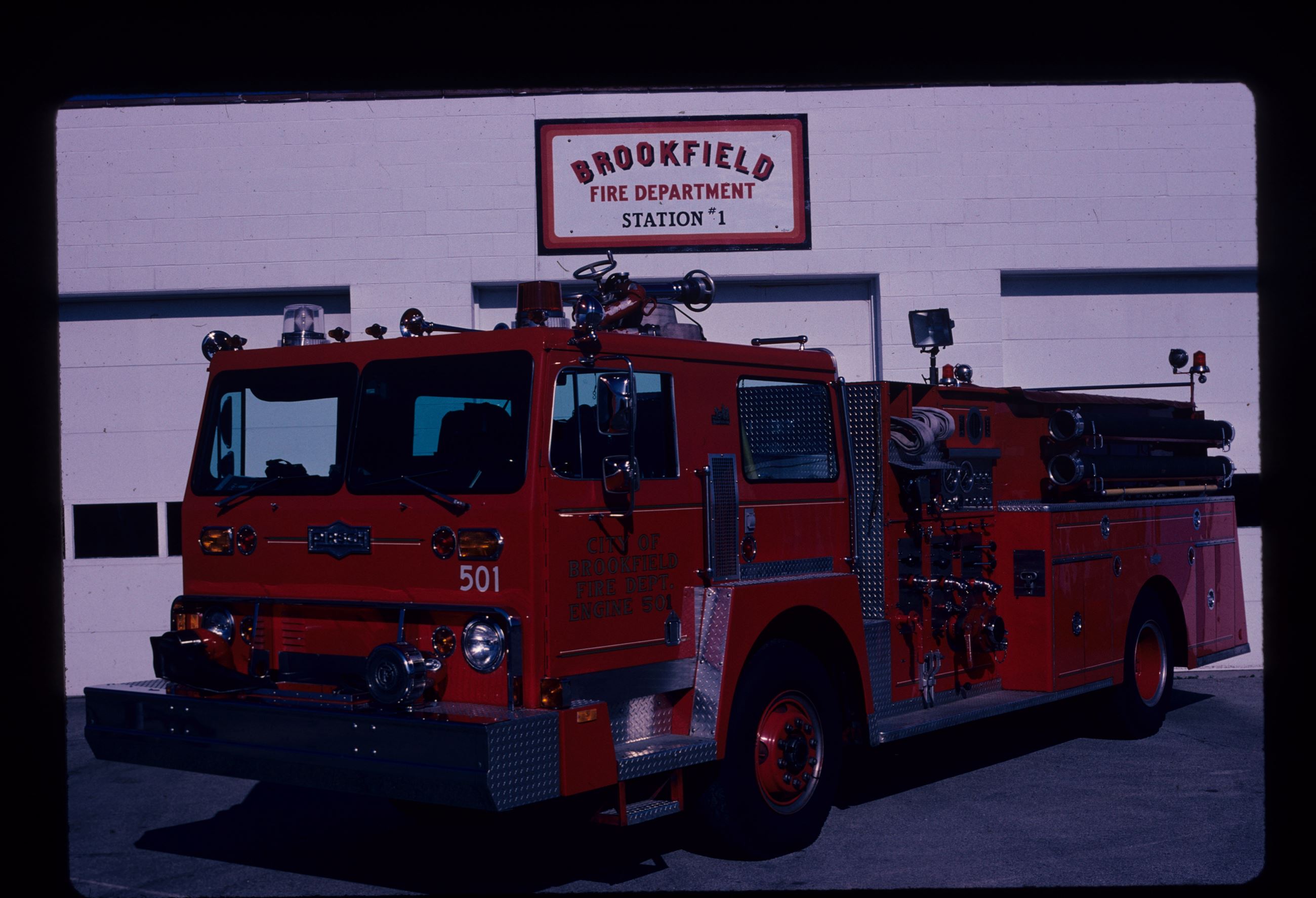 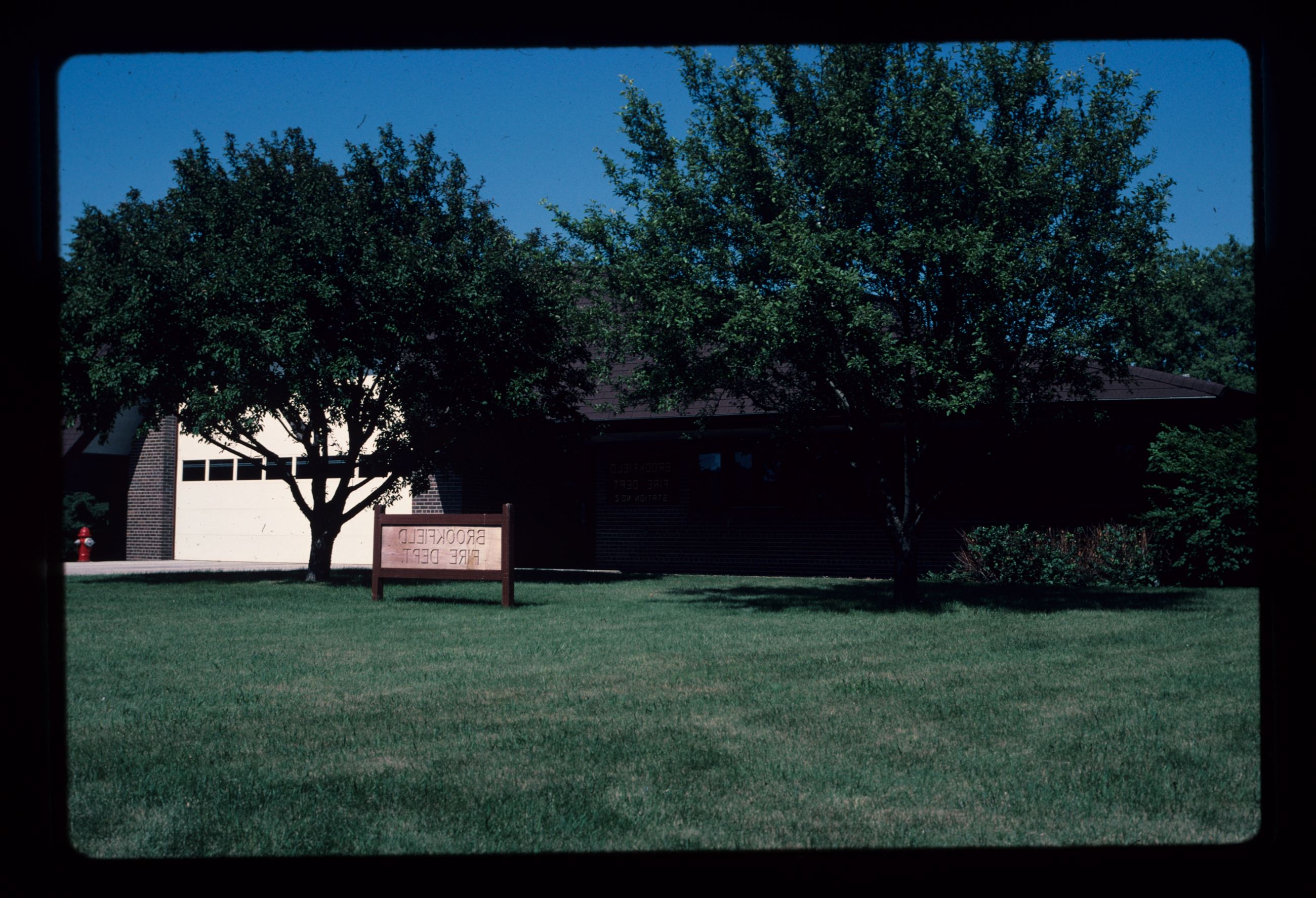 Chief Hobart Boswell of the Foxborough, Massachusetts Fire Department was requested by the Fire and Police Long Range Planning Committee to do an administrative review of the Fire Department. This report was completed in September of 1991.

Mayor appointed EMS Committee to evaluate the needs of the City into the year 2000 including the possibility of the need for Paramedic service.

EMS Committee recommends that Paramedics become a part of the City’s EMS delivery system, and the City votes to include funding in 1995 to start a Paramedic program and for it to be in place by 1996.

Dr. John Martin was retained by the City to conduct an assessment of the Fire Department’s operations and management. His report was presented to the City in September of 1994.

Fire Department’s Survive Alive House is dedicated on September 30, 1996 and put into service for the 1996 fall semester.

February 2nd - Timothy McGrath appointed to Chief of the City of Brookfield Fire Department as the third full time chief in the career history of Brookfield.

June 1 - Took Ladder out of service and reorganized staffing at each station to five.

On June 15 the Paramedic Training Center was established and on July 20 the first paramedic class began with ten students.

October 5 – The City of Brookfield Fire Department was named the Waukesha County Government Agency of the Year. This award is given to the public agency that shows leadership through innovation and cost effective use of resources. The CBFD was presented this award for the creation of the Paramedic Training Center.

In March the first paramedic class graduated and in April the second ALS unit went into service.

Haz-Mat was consolidated with the New Berlin Fire Department.

Staff changes this year were: John Dahms is appointed as fourth Fire Chief, and an assistant chief position was converted into two part-time positions, public education and secretary.

New Lifepak 12’s were placed into service and a new ambulance was purchased.

Facilities study of Station 2 and 3 were conducted.

Two firefighters/paramedics volunteered for a month in the Hurricane Katrina relief effort.

On April 8th, fourteen calls for the shift including a 3 alarm fire at Guhring Inc occurred, then on June 7th through June 8 storms with flooding resulted in 176 calls for service.

After the facility studies ordered in 2004 was completed, it was determined that in order to meet the National Fire Protection Association response standards, a re-alignment of our stations was necessary in order to serve a larger percentage of our residents adequately.

On February 5th an intentional fire was set at Burlington Coat Factory and went to two alarms. Then on June 18th through June 19th storms with flooding resulted in 70 calls for service.

Recipient of the Flight for Life Scene Call of the Year.

Increased the number of controlled intersections that have emergency vehicle preemption (EVP).

On July 22 the Department responded to five times our normal call volume due to heavy rains. 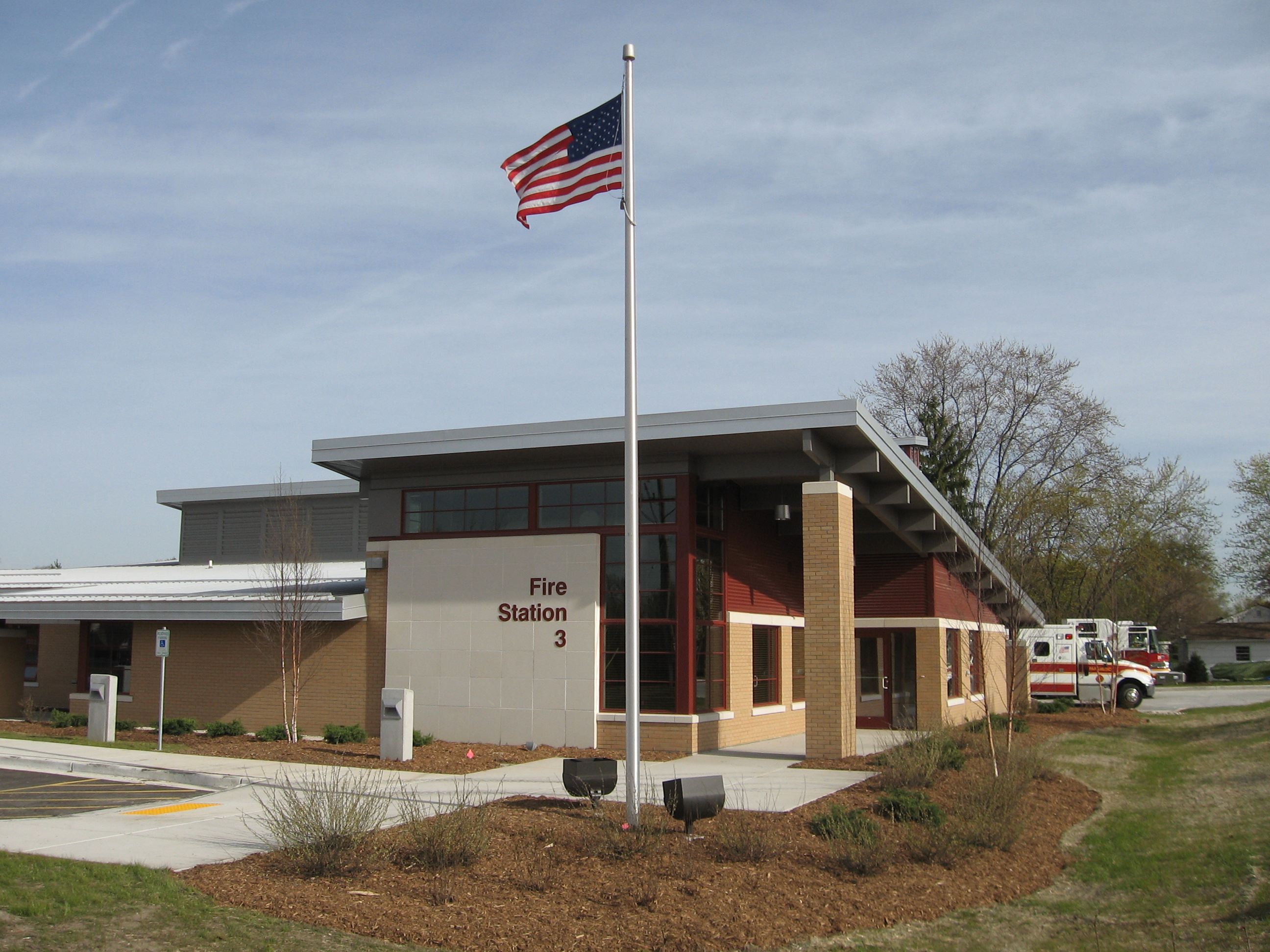 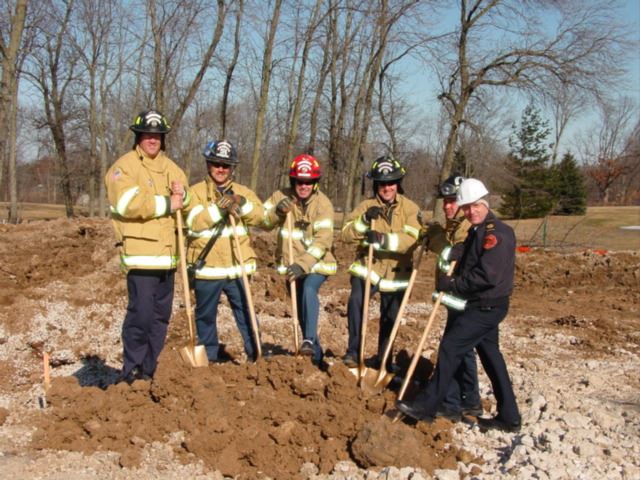 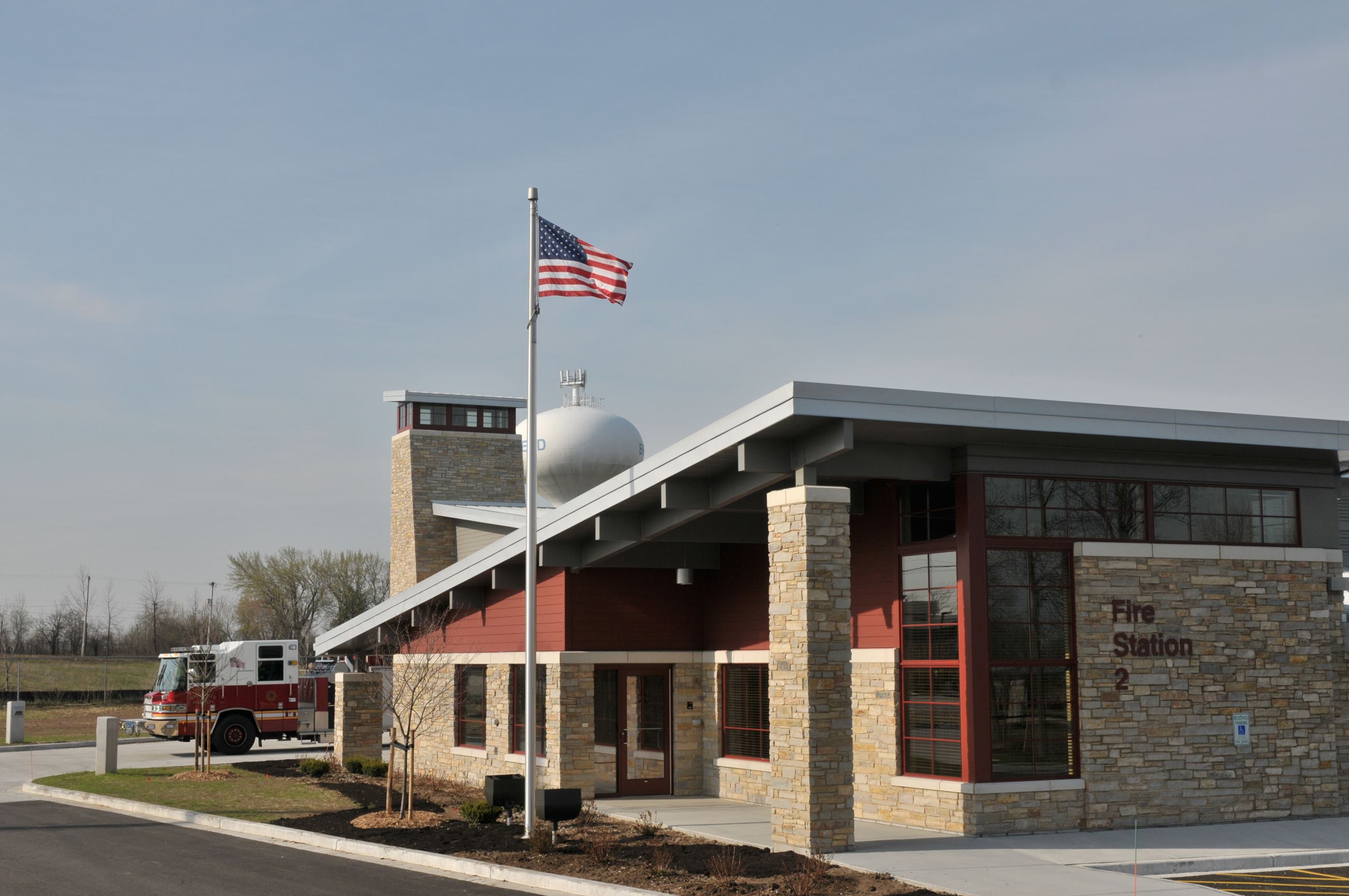 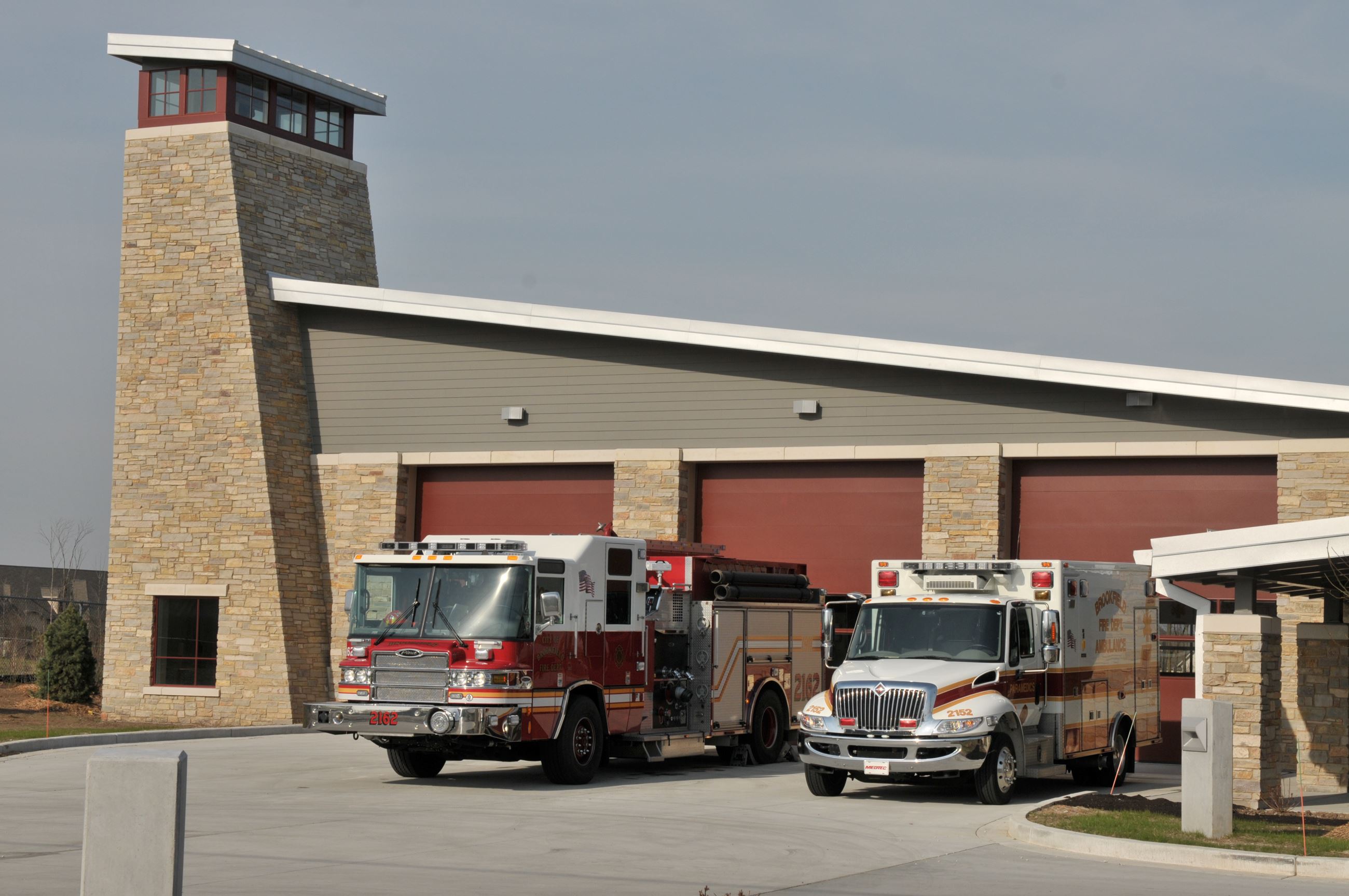 The Paramedic Training Center Coordinator was replaced by an EMS and Fire Training Officer.

City of New Berlin and the City of Brookfield have signed an intergovernmental agreement to provide closest apparatus joint response from our fire stations that reside along Greenfield Avenue.

Fire Department implemented mobile data computers in the apparatus The City of Brookfield ISO rating improved from a 4/9 to a 3/9.

A two-seat, experimental aircraft that was intending to land at the Capitol Drive Airport in Brookfield crashed in a marshy area just north of the airfield on Tuesday, June 4th.  View the WISN 12 News Report here.

Department was awarded $199,000 from FEMA for new digital radios.

On June 30 through July 1st storms resulted in 93 calls for service. 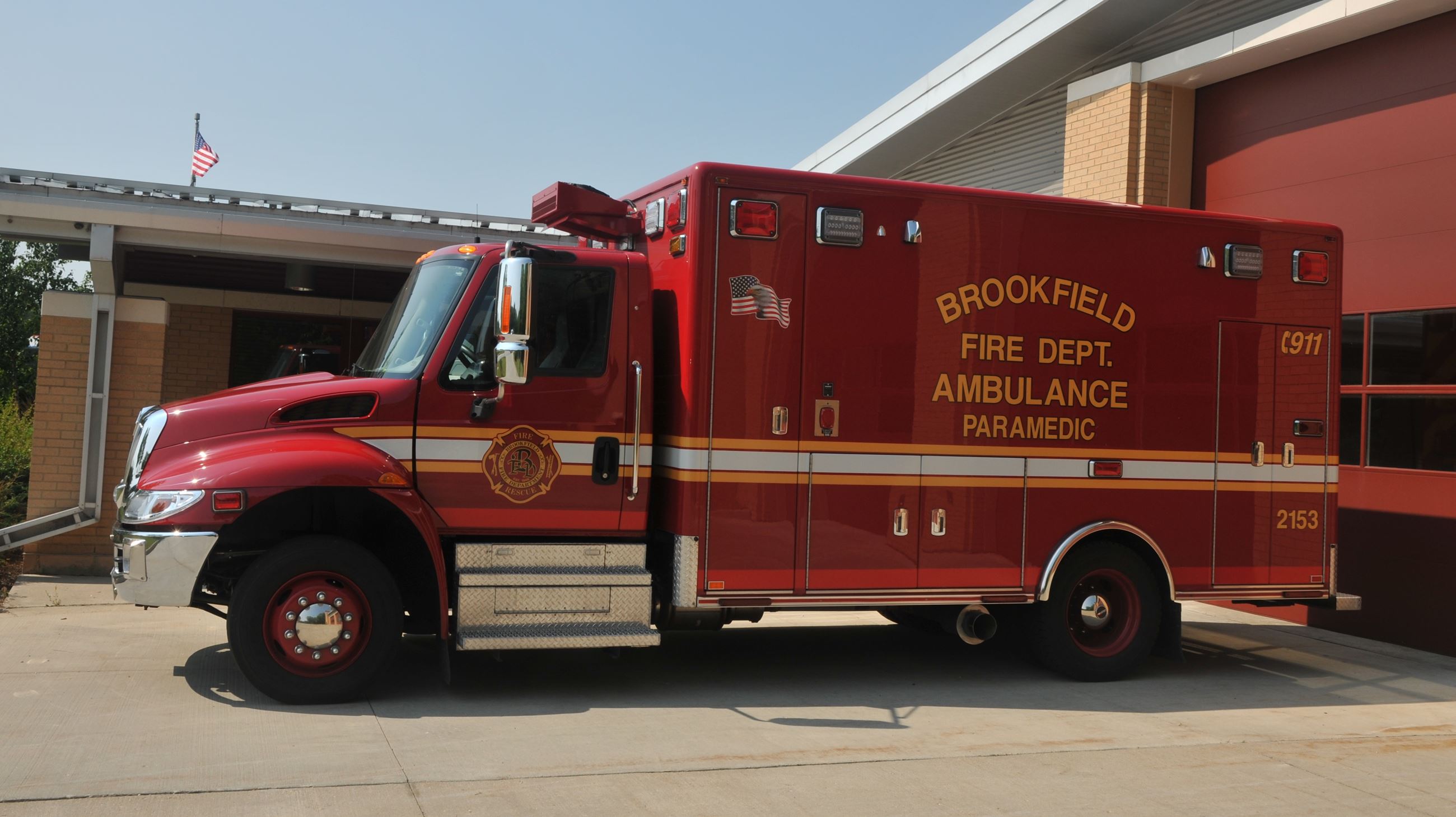 LUCAS 2 CPR – This device was put into service. LUCAS delivers automated, uninterrupted compressions at a consistent rate and depth.

With the collaborative agreement to use the City of Wauwatosa Fire Training Facility, more of the training was dedicated to Fire Suppression.

300 Kidde CO detectors were received through a grant

Fire and Police departments work together to develop an active shooter/assailant policy.

FF/P Marcia Rosecky’s name was added to the Fire and Police Officers memorial wall in Civic Plaza during a dedication ceremony in October.

A majority of training was dedicated to safe SCBA and PPE

Implemented Firehouse Mobil Inspector - use iPads to do company inspections

S.A.L.A.D. airway training led by Dr. DuCanto for all members

Lieutenant Robert Tiarks is promoted to Deputy Chief of Training 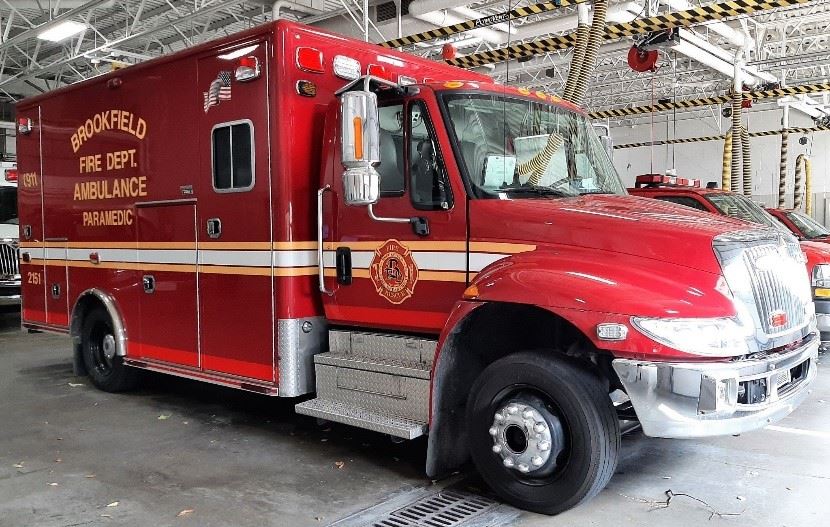 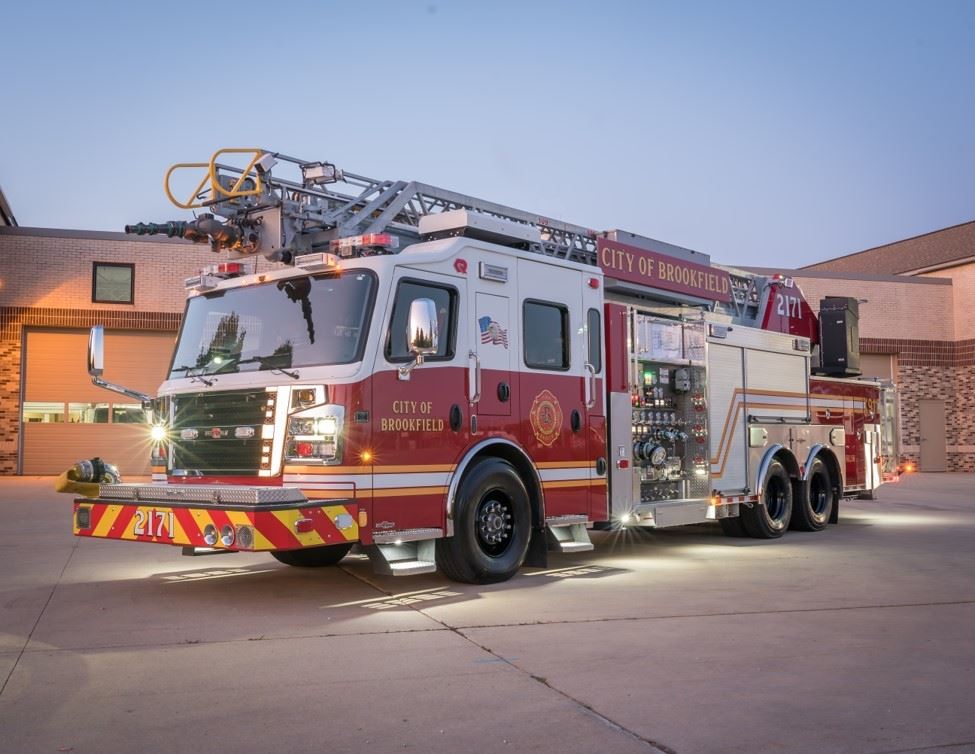 COVID-19 Pandemic begins in May.  Public Education events like Survive Alive had to go virtual.  Other events like National Night Out, Safety Town and others had to be cancelled for the safety of the Fire Department members and the public.

The part-time Public Education Specialist position changes over to a full-time Community Risk Reduction Officer.  Michelle Garcia continues in this re-configured position.  In addition to the regular community service and educational aspects, business inspections are also added to this new role.

Lt. Nick Rogne was promoted to Lieutenant to Deputy Chief of Fire Prevention 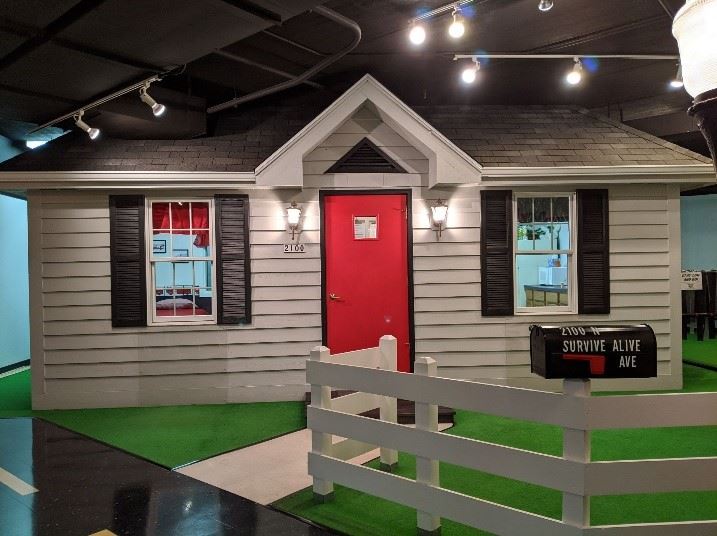 Fire Chief Charlie Myers retires June 2 after 13 years of service to the department.

Assistant Chief David Mason is sworn in as the new Fire Chief on June 3.  He is the department’s 6th Chief.

On November 7, the City of Brookfield Fire Department celebrates its 75th Anniversary.

COVID-19 Pandemic continues with multiple variants.  Events like National Night Out, Safety Town and others had to be cancelled again.

Severe storms with high winds blow through Brookfield on August 10, 2021.  There were around 170 calls for service for downed trees  and many power lines.  Power was out for 2-3 days for some residents. 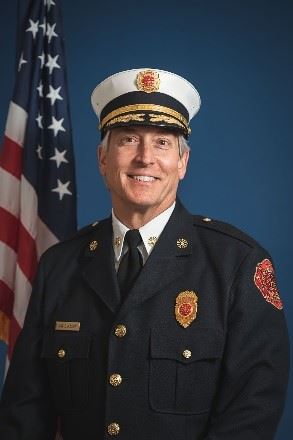 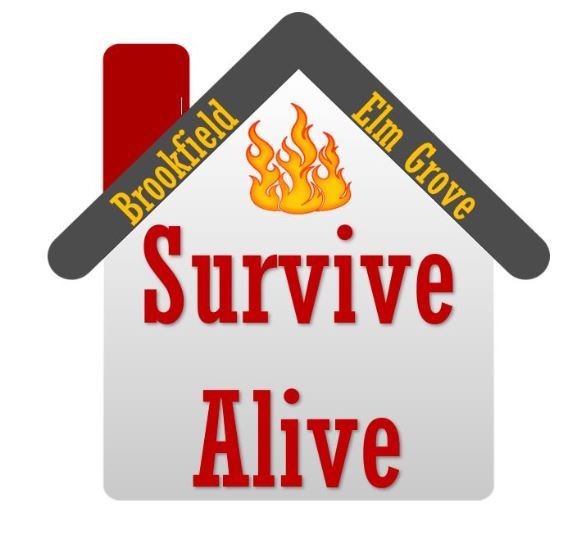