The History of the City of Brookfield Mayors

On August 3, 1954, over 87% of voters who turned out for the election favored the incorporation of the eastern half of Brookfield from a town, into a fourth class city comprising of 17 square miles and a census population at that time of 7,903. A certificate of incorporation was issued by the Secretary of State to the City of Brookfield on August 14, 1954, establishing its official charter date. Today the City of Brookfield spans 27.66 square miles with a census population of 37,920. The City’s first Mayor was Franklin Wirth who was duly elected to office on November 17, 1954. Below you will find a brief biography of our Mayors, past and present, who have contributed their time, talents and a lot of hard work to the residents of our great City. 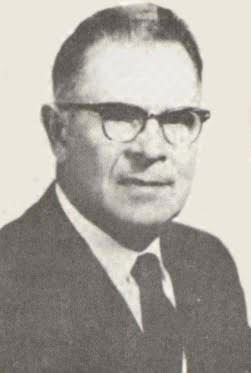 Franklin Wirth was born on a farm in the Town of Lannon, WI on February 10, 1901. As a young man he worked various jobs in and around Brookfield where he developed an interest in the local affairs of the town. He served on the Plan Commission and was active in the community’s school expansion program. In 1946 he organized the town’s first fire department becoming its first Chief in addition to his duties as the Electrical Inspector. In the early 1950’s a movement began to incorporate the town as a city and Franklin served as the Chairman of the Brookfield Incorporation Committee. He helped draw the ward boundaries, set up the city government and persuaded people of the bright future ahead. He was then duly elected to the position of Mayor on November 17, 1954. Franklin was quoted as saying “Being the mayor of a new city is not as easy as people might think, as the town got all the assets after the incorporation". “We started out broke, so for a while, I ran the whole city myself, answering calls from my home". City Hall was dedicated into public service for the benefit of its citizens at 2000 North Calhoun Road on August 27, 1960. Franklin served as the City of Brookfield’s Mayor for 22 years finishing up his passionate service to the residents of Brookfield on April 19, 1976. Franklin remained active in the community he so loved along with his wife Dorothy, two children Willard and Bernice and the many grandchildren who have followed. Franklin passed away on January 4, 1991 at the age of 89 years old, leaving a legacy whereby he is affectionately referred to as “the father of Brookfield”. He is buried at the Wisconsin Memorial Park in Brookfield, Wisconsin. 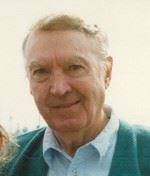 William A. Mitchell Jr. was born September 10, 1923 in Milwaukee WI. Bill was a sports enthusiast who loved playing baseball and was pretty good at it. During his college years he was asked to try out for 3 major league teams! Bill was also a decorated veteran of WWII and a longtime employee of Sentry Insurance. He began his political career as a founding member of the City Council on November 20, 1954 when he was elected as an Alderman in District 2. After redistricting occurred following the 1960 census, he served the residents of District 3. He served in the aldermanic role for 22 consecutive years before being elected to the position of Mayor. Bill began his new role as Mayor April 20, 1976 where he remained for ten years until April 14, 1986. Bill had a life-long passion for serving his community and helping others as evidenced by his 32 years of public service to the residents of Brookfield. Bill was married to Shirlee, and they had two children, William and Shirlie. Bill spent his retirement years doting on his 5 grandchildren. It was well known that he purchased a van just so he could pick up his grandchildren and take them to area parks where he enjoyed watching them run or play basketball.  Bill passed away on April 2, 2006 at the age of 82 years old. He is buried at the Wisconsin Memorial Park Cemetery in Brookfield, Wisconsin. 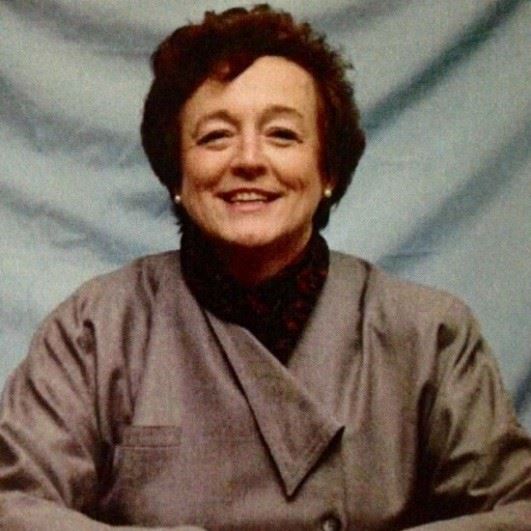 Kathryn C. Bloomberg was born in Manistique Michigan on June 1, 1940. She was raised in a small town called Gulliver Michigan and attended Knox College in Illinois. Kate lived in several states after college including Wisconsin and Massachusetts. She returned to Brookfield in 1970 and in 1973, Kate along with her friend Betty Morris, who was a Cub Scout Leader, invented Shrinky Dinks. They were looking for an idea for their troop to make Christmas Ornaments and discovered the craft of shrinking plastic which very quickly turned into a successful business with Shrinky Dinks marketed all over the world. She sold her share of the company in 1981 to pursue her passion in politics. Kate was elected to serve as Brookfield’s District 2 Alderman from 1982 to 1986. She then ran for and was elected to the position of Mayor beginning her duties on April 15, 1986. Kate accomplished many initiatives during her sixteen years as Mayor including collaborating with neighboring communities to improve relations between municipalities thus easing border wars and establish the SEWRPC (Southeastern Wisconsin Regional Planning Commission). Kate is very proud of her work in establishing a “sense of place” for Brookfield. She explained this was something that involved a multi-faceted view of the community to identify and improve the quality of life for residents in the community. Her vision was an environment friendly community seen as a “premiere destination” that has both housing for young families and for the aging population with excellent schools, neighborhood parks, recreational opportunities and paths for walking or biking. She also has a passion for the Arts and not only helped to bring the Sharon Wilson Art Center to Brookfield but served as its Board President for many years. Kate served as the City’s Mayor until April 15, 2002 and now enjoys civic activities in the community with her church, the Rotary Club, Sharon Wilson Art Center and Sister Cities. She also enjoys her time with her large family which includes 4 children, 7 step children, 28 grandchildren and 4 great grandchildren.

Jeff Speaker received his education at Mount Scenerio College in Ladysmith, WI and began his employment with the City as a Patrol Officer with the Police Department in July of 1986. Jeff was elected and sworn into the position of Mayor on April 16, 2002. He served in that office for eight years until April 19, 2010. Jeff’s leadership maintained Brookfield as a community of choice for residents and businesses alike, who recognized and valued good, cost-effective local government in an open, collaborative environment. Under Jeff’s leadership, the City became a founding member of the Waukesha County Communications Center, built two (2) new fire stations to balance emergency response times for all citizens, maintained and enhanced the transportation system to better serve residents and businesses and implemented steps to keep Brookfield’s business community vibrant including the vitally important Bluemound Road commercial district. Jeff engaged the City workforce and encouraged collaboration amongst employees and departments to ensure the provision of excellent constituent services. Jeff has a genuine disposition, sense of humor, honesty and integrity which helped him foster an environment of service excellence and continuous improvement during his leadership. Jeff currently lives in Brookfield with his wife, Colleen and daughters Amanda and Brianna. Since leaving office, Jeff works in the private sector as a Security Manager. 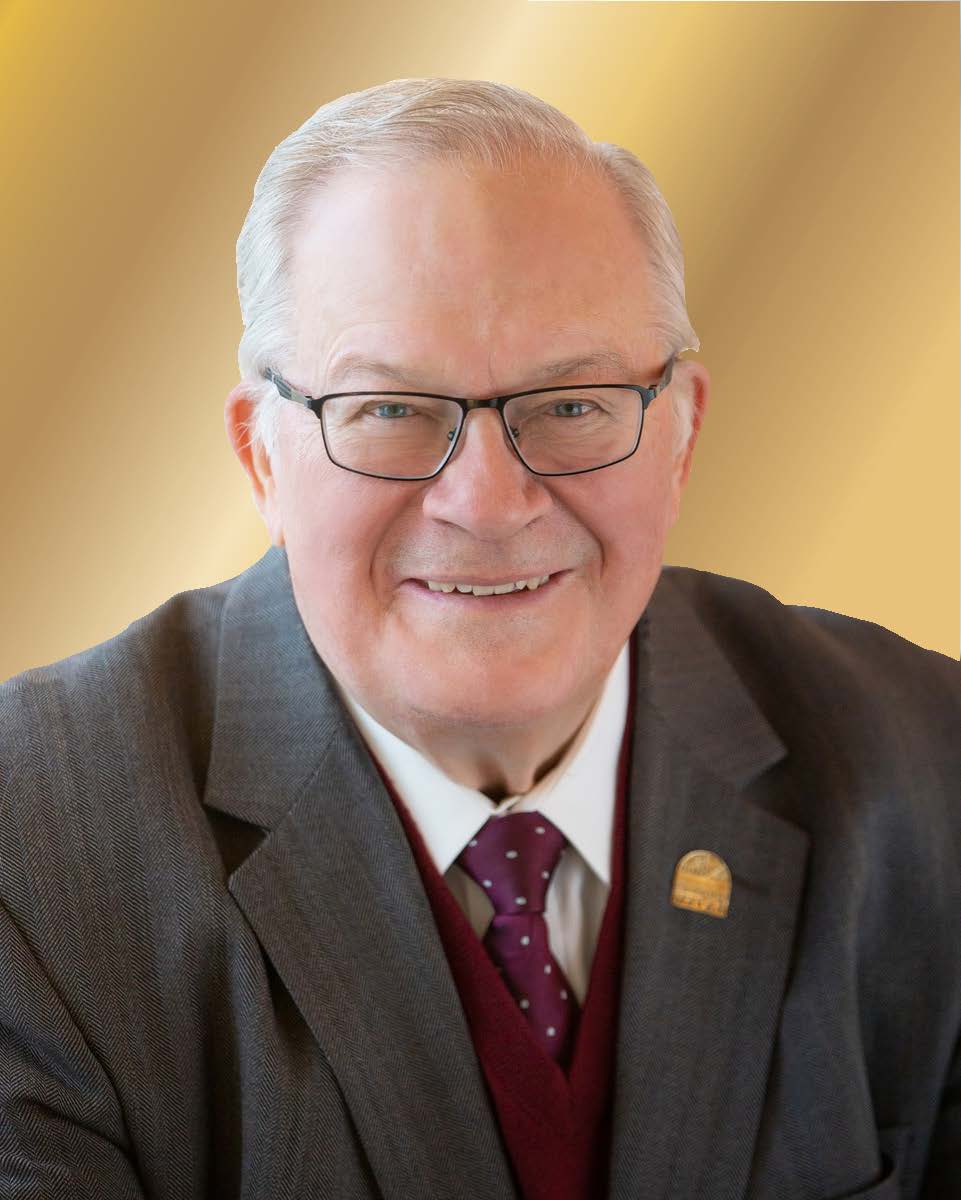 Steven V. Ponto was born and raised in Wisconsin and moved to Brookfield in June 1990 with his wife Mary and their two daughters, Stephanie and Elizabeth.  He was elected to the position of Alderman in District 4, from 1998 to 2010 and served as Committee Chairman, including two terms as Council President.  On April 6, 2010, he was elected to the position of Mayor beginning his official duties on April 20, 2010.  Steven received his B.A. degree in Economics from Lawrence University (Appleton, WI) in 1969 and his Masters in Public Affairs from Princeton University (Princeton, NJ) in 1971.  In 1978, he received his Juris Doctorate from the University Wisconsin Law School in Madison, Wisconsin.  Steven practiced corporate law for 31 years including more than 10 years with Foley & Lardner, the largest law firm in the Wisconsin.  Other positions held included being the first Corporate Counsel of Quad/Graphics Inc., and Associate General Counsel with Prudential Insurance Company of America (mortgage banking operations) and a Senior Counsel with Metavante Corporation.  Steven has helped distinguish Brookfield as a state leader, through his work with the Waukesha County Corporation Counsel, other mayors and state legislators on common municipal issues, such as room tax revenue.  He sees his work as providing mayoral leadership that focuses on the development of policies benefiting the residents of Brookfield.  Mayor Ponto enjoys spending time with his family and friends, especially his adorable grandchildren.